Holly Bush will be awarding a $25 Amazon/BN GC to a randomly drawn winner via rafflecopter during the tour. 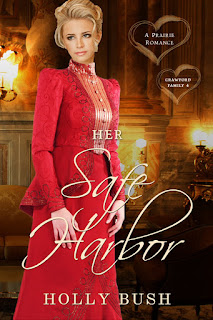 1893 . . . Jennifer Crawford, the peacekeeper in a well-to-do Boston family rife with anger, deceit, and even treachery,  was born to solve mathematical mysteries at a time when women are only beginning to venture from home and into the world of commerce and politics. Beautiful and shy, she struggles to find the courage to face a scheming mother and guide a father denying their familial dysfunction, hesitant to traverse the volatile economics banks are facing at the turn of the twentieth century. But danger threatens when she discovers the crimes of an abusive man determined to make Jennifer his own.

Zebidiah Moran, chief of staff for a new senator in Washington, is determined to uncover the lovely Jennifer’s secrets and guard her from danger. But will his sacrifices be enough to keep her safe?

The carriage rolled to a stop at a discreet side door on the massive stone building that was the Crawford Bank, and her father stepped out. “Take Miss Crawford to the lobby.”

Jennifer pulled her gloves tight as they rounded the corner and then accepted the doorman’s help down the two carriage steps. She drew herself up as she’d seen Jolene and her mother do on so many occasions, straightening her back, and slowly turning her head from side to side. Gentlemen stopped on either side of the dark carpet that went the entire way to the bank’s marble foundation.

The doorman nodded and opened the door for her to enter. “Good morning, Miss Crawford.”

Snow had begun to swirl around her, sprinkling white on her dark blue walking coat and velvet hat, the pheasant feather dipping with each step. The men who had stopped to let her pass were tipping their hats or removing them.

“Good morning, McAtee! It is a lovely morning, even with this wretched snow.”

“Let me hold my umbrella over you so you don’t get wet,” a young man shouted, and received laughter in reply from the men around him.

“Thank you, but I’m almost inside,” she said, and tossed her dark blond curls over her shoulder as she smiled brightly at the man holding his umbrella out to her like an offering.

Jennifer entered the bank with a nod to the doorman.

“She smiled at you, boyo,” another man said to the man holding the umbrella. “Lucky dog, you.”

“She did,” he replied, still staring at the now closed bank door. “She did.”

“I time my mornings to be just here when she arrives,” the man said. “’Twas a dreadful stretch when she was away. I thought I’d right died when she come back.” 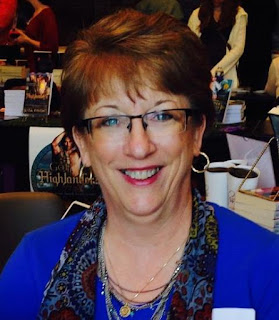 Holly Bush writes historical romance set in the U.S.in the late 1800’s, in Victorian England, and recently released her first Women’s Fiction title. Her books are described as emotional, with heartfelt, sexy romance. She makes her home with her husband in Lancaster County, Pennsylvania.