When the worlds of a reluctant innkeeper and a former video game creator collide, stars explode over Texas, a ghost settles his past, and two lovers find their forever home. 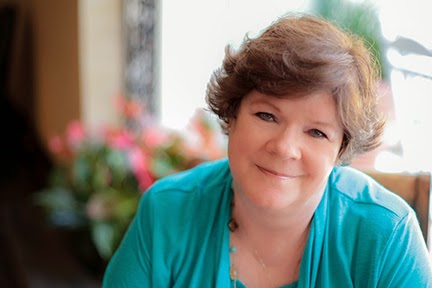 Karen, thank you so much for being my guest. It's so great you could join me today. So, let's get down to business...

What advice would you give a new writer just starting out?
Work at learning craft, stay focused on what your passion tells you to write, shrug off rejection, and Keep Writing.

That's such great advice! Tell us something about your newest release that is NOT in the blurb.
All of my heroines cook and graciously agree to their recipes being included in their book. Crazy for Home has three favorite recipes of Maggie, the manager of The Blue Barn Inn.

Interesting! Are you working on anything at the present you would like to tell us about?
In addition to the next book for Texas Ghost Stories, I’m working on a political thriller—picture an assassination attempt on POTUS, a sophisticated drone, a Washington DC conspiracy, and a political blogger—too much fun!

Oooh, that sounds like something I'm going to have to read! What is the most embarrassing thing your mother ever did to you?
Not too many years ago, at my birthday lunch in a very nice restaurant attended by family and friends, my 83-year-old mother began to sing “Pennies From Heaven” at the table, loudly. No one was paying attention to her, so she decided to entertain the table. Yes, I was embarrassed, as it had happened before, unfortunately.

I'm sorry, but I just burst out laughing. That would have been funny to see. What was the last picture you took with your phone?
That would be of my rescue dog, Dexter, as he tried to nudge a throw I’m knitting off my lap. I guess he figure he has dib’s to that real estate.

I love the name of your dog. What is your perfect pizza?
Mm….deep dish, with lots of marinara sauce spread out, covered by good pepperoni and sliced Greek olives, then sprinkled with a good amount of mozzarella and Romano cheeses.

We share the same idea of a perfect pizza. If you could have any feature from an animal what would you want?
This might be a bit of a stretch on the “animal” part of the question. However, I would love to be able to read minds like Edward Cullen from Twilight. Having a bit of sparkle to my skin wouldn’t be too shabby, either.

Yeah, I'll give you that one! He's a bit of an animal. Do you shout out the answers at the TV whilst watching quiz shows?
Hell no, I don’t like quiz, game, or reality TV shows. I’m a writer so I like scripted shows.

I'm a shouter! If you were a wrestler what would your stage name be?
Snarky-Throwsalot (I’m a very witty wrestler.)

I love that name. If you discovered a new species of dinosaur what would you call it?
Dexterosaus after my sweet dog. 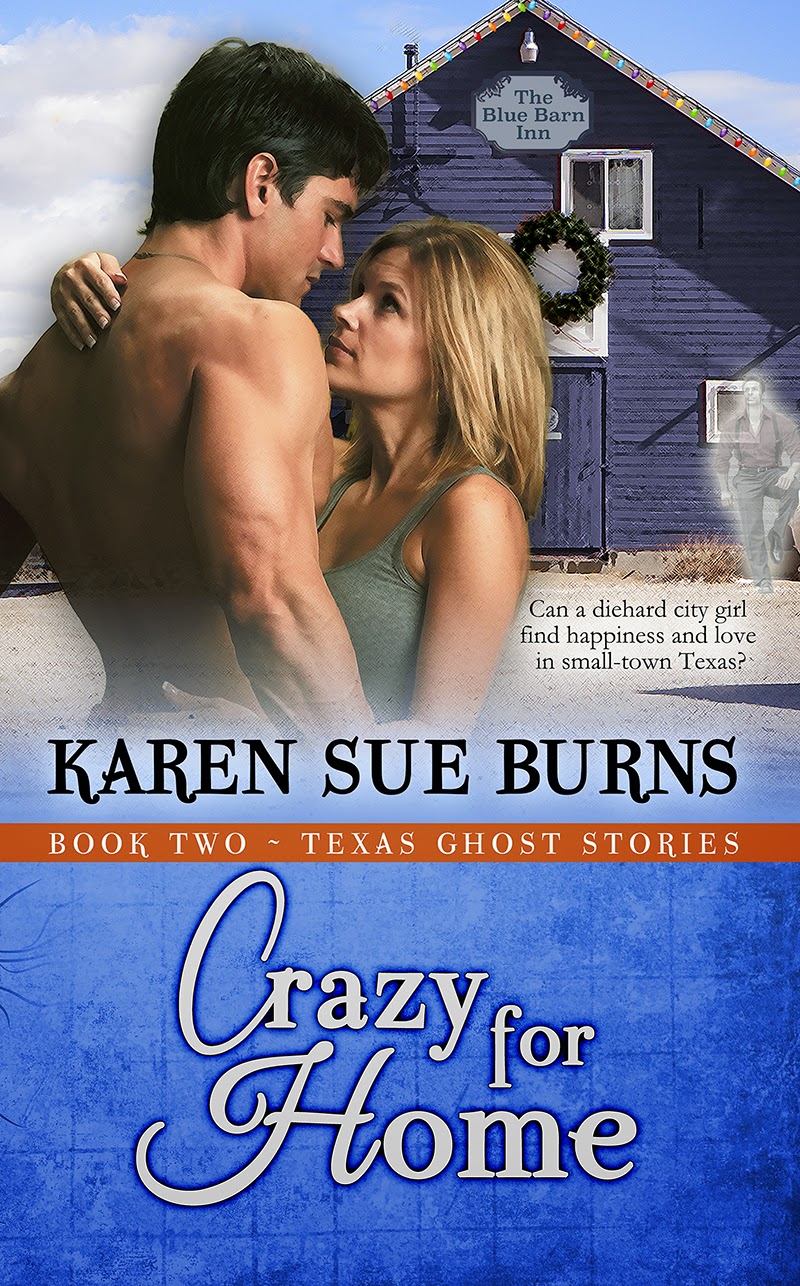 BLURB:
The ghost of Robert Graham has haunted The Blue Barn Inn, a B&B in Brenham, Texas, since the 1920s. He becomes “friends” with Maggie Todd, the new innkeeper and oldest daughter of the Inn’s owners.  She is intent on renovating the property, without her parent’s approval, so that the Inn will sell quickly and she can then return to her life in California. Maggie didn’t consider the pull of small-town Texas or the charm of new boarder Alex Brady, a successful video game creator turned Ph.D. candidate. Alex quickly falls for Maggie but the arrival of her ex-boyfriend sends him into a tailspin. One problem after another threatens the Inn’s future and any hope of a relationship for Maggie and Alex. Will the stars over Texas align so that two hearts can discover their destiny?


It’s an accepted fact that a child’s toy left in the middle of a kitchen floor does indeed have the potential for disaster. Maggie Todd held a freshly made apple pie in her hands and turned toward her oven. She stopped short at the miniature soccer ball directly in her path. “One mess avoided,” she mumbled, kicking the potential for disaster out of her way. She placed the pie on the preheated oven’s center rack, closed the door with a satisfied sigh—one pie down, one to go.

Without fanfare, she turned from the oven, took a couple of steps, and tripped over the very same ball. She hit the floor hard, simultaneously releasing a string of mild curses.


She looked up from the humiliating position of flat on her butt. An extremely handsome man stood in the middle of the kitchen, one masculine hand stretched toward her.

“I saw you go down.” He leaned in to extend his hand even further. “Please, may I help you?”
She reached for the broad palm and muscular forearm. His fingers closed around hers and she felt the warmth and security of a Rocky Mountain fire in the middle of a long winter. He pulled her upright.


“Thanks.” Maggie rubbed her hands together to keep from massaging her slightly sore backside.

“No problem.” An amused look graced his face. “No one was up front so I came back here when I heard you fall. I’m Alex Brady, I have a room reservation.”


She blinked as the realization hit her. This man was the six-month guest reservation and three hours early? This man, with his gorgeous blue eyes and dark wavy hair, was her newest guest? She brushed hair back from her face, wishing she hadn’t left the front door unlocked. She hated that he’d caught her unprepared and appearing unprofessional. She wiped her hands on her jeans and immediately jumped into the role of innkeeper and hostess.

He circled a hand over his chest and pointed an index finger at her. What? She looked down then turned her back to him. The top button of her blouse had come undone, displaying the plunging pink lace on her bra. She sucked in a breath, corrected the situation, and turned around, determined to ignore the adorable grin on his face.

“Mr. Brady, welcome to The Blue Barn Inn.” She untied her “Kiss the Cook” apron and hung it on a hook inside the pantry. “If you’ll follow me, I’ll show you to your room then we can get your luggage.”

Author Bio:
Karen Sue Burns has been a writer since 8th grade. Her former job as a CPA has provided interesting experiences: travel to Rio de Janeiro, London, and Oslo, auditing wine bottle glass molds in California, and taking a helicopter to a drillship off the Texas Gulf Coast. Now she spends her days living out her passion--writing mystery and Texas ghost novels sprinkled with romance. She enjoys cooking and creating recipes so her heroines do the same. All of her indie anthologies and novels include one of her favorite recipes. Readers may contact Karen via the Bio/Contact tab on her website. Check out the Recipe tab while you're there!


Sue will give a randomly drawn commenter (assuming there’s at least 10 comments) a copy of her Christmas collection, Christmas in Sugar Land (eBook anywhere, print US only).