A.K. Leigh will be awarding a $25 Amazon or Barnes and Noble GC and three ebook copies of The Venus Cure (open to all countries) to a randomly drawn winner via rafflecopter during the tour.

If your book were made into a movie, who would you want to play your main characters?
Ooh, I always find this a hard one to answer. I have a certain idea in my head about what the characters looks like; my readers have their own ideas. I’d leave it up to the producers and casting, that way I wouldn’t get blamed if people weren’t happy, ha!

How do you come up with the titles of your books?
It usually comes about due to a particular theme in the book. In the case of The Venus Cure, there are 5 explanations for the title. I hope my readers have fun narrowing them all down J

What does your writing space look like?
My writing space is a cushion on my lap. I have a small 3 bedroom house and 3 children. There is no space for me to have an office. Maybe one day I will move, but at the moment I am happy and my lap is fine J

What do you enjoy doing when you’re not writing?
Hanging out with my kids, reading, hiking, walking, watching movies, travelling, gardening when I can spare the time, being with friends, swimming, and meditating.

What is your favourite color?
Pink!

What is your favourite pleasure food?
Chocolate of course J

What is your favourite season?
Winter, which is arguably mild in Ipswich where I live compared to those of North Carolina (where my books are set). I like the feeling of being able to cocoon and get cozy warm but I am not a fan of freezing temperatures.

What is your favourite television show?
An Australian soap opera called Home and Away (where Chris Hemsworth and Ryan Kwanten got their starts). I have been a tragic fan since its first show started almost thirty years ago.

What is your favourite movie?
It’s a tie between Enter the Dragon with Bruce Lee and Gentlemen Prefer Blondes with Marilyn Monroe. A more modern movie is probably Never Been Kissed with Drew Barrymore.

Who is your favourite actor?
Bruce Lee J

What is your favourite song?
The Way You Make Me Feel by Michael Jackson.

What is your favourite comfort clothing attire?
I like loose-fitting dresses because they allow me to move freely and don’t cling.

What books might we find on your bedside table?
Oh, heaps. At the moment, I have 18! Ha. For fiction, you will find lesser known authors mixed with Jane Austen, Mary Higgins Clark, Agatha Christie, Nicholas Spark, Nora Roberts, James Patterson, the Brontes, and Karin Slaughter. Non-fiction is mainly poetry, quantum physics, and topics related to eastern thought and spirituality. I also have a Kindle, Kobo, and tablet filled with books J 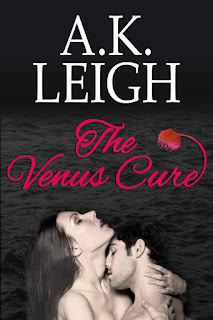 Torrance Monroe couldn’t be happier. She has landed her dream job as a botanical scientist for the Parks and Wildlife Service in Wilmington, North Carolina. Her specialty will be the conservation, study, and propagation of the native plants that have fascinated her since her earliest memories: the Venus Fly Trap.

Dominique Black isn’t happy. As a Wildlife Officer, he has been working at the grass roots level to save the endangered traps from poachers looking to make a quick buck. It is grueling work, with the majority of offenders going unpunished. How could a scientist with zero experience in the field help him when even the law was failing?

The two are at immediate odds even though they share the same underlying passion for the plants…and each other.

However, after a well-known poacher harvests traps from one of the local swamp lands, Tori and Dom must set aside their differences in order to catch the criminal and keep the remaining plants from being harmed.

In the process, Tori learns to rely on the mysterious Venus Fly Trap folk lore she remembers from her childhood. Dom learns to release control and have faith in another person.

Excerpt:
Dom said, “Can I ask you something personal?”

“Are you and Frank, you know?”

She saw discomfort cloud his features. The thought of her and Frank being an item bothered him. He liked her. Tingles of pleasure shot up her spine at the knowledge. She liked him liking her. There was no denying it now. This wasn’t a misguided attraction. This was real, and he felt it too.

Somehow she was able to shake her head, “There is nothing going on between us.” She almost left it there, but an impulse made her add, “And there never will be. Never.”

She emphasized the last word. He had to know where she stood now, right?

His eyes stayed locked with hers. She could feel the tingles warming her, pulling her toward him like a magnet. Her body shifted by itself; her lips softened with the expectation of his lips against hers. The look on his face told her he wanted to kiss her. She wanted him to.

So why wasn’t he?

… This time he couldn’t talk himself out of it. His body seemed to take control. The next thing Dom knew, he was leaning toward Tori’s red-stained lips. He lowered his mouth to hers. It was a quick, soft peck. Nothing he hadn’t done with other women, but when he thought about pulling away, something happened. Something he had not experienced before.

AUTHOR Bio and Links:
A.K. Leigh is an international selling romantic suspense author, huge Michael Jackson fan, martial arts movie buff, astrologer, and identical triplet. She has a Graduate degree in Counselling, which she uses to help her develop rounded characters in her stories. When she’s not reading, writing, dreaming, or star-gazing, she spends her time with her three beautiful children. Though her books are set in North Carolina, USA (because she loves the state!), she lives in QLD, Australia.

You can keep up to date with her releases, events and news by liking her on Facebook www.facebook.com/AuthorAKLeigh, or following her on Twitter https://twitter.com/AKLeighAuthor, Goodreads https://www.goodreads.com/author/show/13496077.A_K_Leigh, and Smashwords https://www.smashwords.com/profile/view/AKLeigh . Her website is www.fallinlovewithleigh.com.