The author will award a $50 Amazon/BN GC to one randomly drawn winner via rafflecopter. 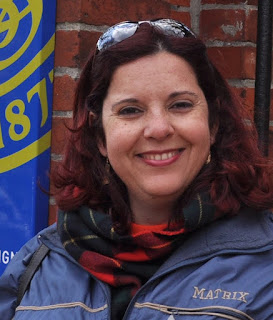 Do you ever wish you were someone else? Who?
Hmm that’s a tough one. Do I need to pick only one person? LOL so I’d choose Queen Elizabeth I who was a kick-ass red-head not much different from me; except she ruled the world in her time. I’m still working on that. LOL
What did you do on your last birthday?
I went to Vegas baby!
What part of the writing process do you dread?
Proofreading… *snores*
Do you ever suffer from writer’s block? If so, what do you do about it?
Sometimes I do. When I’m working with alpha readers they pretty much kick my butt and demand I write. VERY HELPFUL I must add. When I’m working on a short-story for instance I try to alternate with different activities. I paint, go out for a power walk/jog, clean up the house; whatever gets my muse back.
Tell us about your latest release.
It’s an erotica short-story called Indecent Proposal. I’m also working on my third novel called Celtic Fire, which is a historical fiction about a Druid priestess. But this blog tour is about my second and most personal novel. When I started writing Luck of the Irish I wanted to create a romantic story about a young woman’s journey of self-discovery in her search for love and self-assurance. I ended up writing a book about how she learns to defend herself against a psychopath in the direst of circumstances and finds out she is much stronger than anyone had ever imagined including herself. I also managed to tackle delicate subjects such as domestic violence and rape, which I never thought I’d talk about in one of my stories even though I find these issues to be extremely serious and important.
The main characters are Declan and Keira. Declan Slane is a twenty-six-year-old bartender at a fancy Dublin hotel bar. He’s a tall, dark-haired man with the most beautiful dark green eyes. At seventeen, he moved to Dublin escaping his abusive father. It takes him twenty years and the thought of losing his true love for Declan to be able to understand his innermost feelings and come to terms with his past. Keira Faith Ashe is a twenty-two-year-old American from Boston. She’s short, blonde and blue-eyed. She starts off the book as a shy and sometimes whiny young woman but she will blossom into a strong-willed person who knows how to overcome difficulties and learns from them.
********************************************** 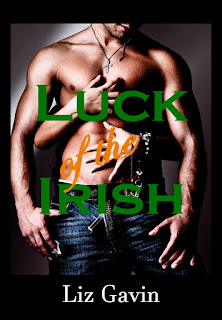 Keira Ashe’s parents are great but her mother has overprotected her for years. Now, this twenty-two-year-old Bostonian has graduated from college and can go on a trip she has been planning for years. She fears her shyness may get in the way of her enjoying what could be a life-altering adventure. However, Keira feels her luck is about to change when she meets gorgeous bartender Declan Slane.

Declan Slane is twenty-six and works at a hotel bar in Dublin. He hasn’t been very lucky in his love life so far. Also, he has got a troubled past he has chosen not to revisit in order to keep his sanity. Because he isn’t looking for a girlfriend, Declan isn’t very pleased to meet a certain breathtaking American who walks into his bar one afternoon.

Get a taste of adventure and heartache as Keira spreads her wings and matures while she gets to know her great-grandparents’ home country – Ireland. Hold your breath when she faces tough decisions and dangers. Root for Keira while she weighs up the consequences of making love for the first time. Bite your nails when she comes across unforeseen threats.

Liz Gavin’s second full-length novel is hard to put down just as it is hard to pinpoint its genre. She has woven an intricate web around her characters that will leave readers breathless. In the sizzling concoction, this talented new author poured heart-warming romance, heart-stopping suspense, and a dash of heart-searching paranormal. Take your pick. Regardless of the literary genre you might favor, Liz Gavin’s writing will take you to a whole different side of it.

He was responsible for her withdrawal, which made him feel like an asshole. He shouldn’t have gone bi-polar on her. He should have managed his emotions better. It wasn’t her fault he’d had a shitty love life. And it was not her fault if he couldn’t keep his damn lustful body in check.

Those thoughts didn’t help Declan, but caused new graphic scenes to invade his mind. For a while, he let himself indulge in them. If Keira were to stay, he would find a way to know her better.

I’d love to spend hours getting to know her—every little inch of her.

He closed his eyes imagining her perfect body under his—felt her silken skin under his fingertips. He wanted to kiss her until they were both breathless, discover her secret spots: what made her tick, moan, and shout his name.

“Declan!” her clear voice yanked him from the daydream. He looked at Keira, still in a daze, and she smiled. “The check please.”

He was mortified at the bulge in his pants, which prevented him from going to the table without making a bigger fool of himself than he had already made. So he pretended to study some papers instead.

“What’s your room number? I’ll add the check to your room bill.”

“Not necessary,” he lied, I’ll have to sign it myself because there’s no way in hell I can stand up right now, you little bewitching thing.

When Liz Gavin was in Second Grade - just a couple of years ago, really - her teacher told her mother the little girl should start a diary because she needed an outlet for her active and vivid imagination. She was a talkative child who would disrupt the class by engaging her colleagues in endless conversations. She loved telling them the stories her grandfather used to tell her.
Apparently, the teacher wasn’t a big fan of those stories, and Liz’s mother bought her a diary. She happily wrote on it for a couple of months. Unable to see the appeal of writing for her own enjoyment only, she gave up on it. She missed the audience her friends provided her in class. She went back to disturbing her dear teacher’s class.

Since then, she has become a hungry reader. She will read anything and everything she can get her hands on – from the classics to erotica. That’s how she has become a writer of erotica and romance, as well.

As a young adult, she participated in a student exchange program and lived in New Orleans for six months. She fell in love with the city and its wonderful inhabitants. NOLA will always hold a special spot in Liz Gavin’s heart. Nowadays, living in Brazil, Liz’s creativity has improved many times because it’s such a vibrant, gorgeous and sexy country.

Welcome to her world of hot Alpha males and naughty, independent women. Add a touch of the paranormal in the presence of some wicked souls and you’ll get the picture.