Tricia O'Malley will be awarding a $50 Amazon or Barnes and Noble GC to a randomly drawn winner via rafflecopter during the tour. 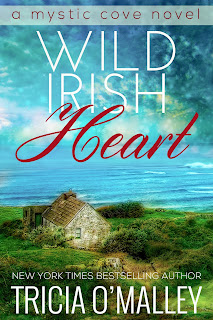 An ancient book, a power untouched, and a heart unloved lead Keelin O'Brien from her graduate studies in Boston to a small village on the coast of Southern Ireland. Determined to unearth the secrets lying hidden in the enchanted waters of the cove, Keelin has little time for a surly Irishman who infuriates her during the day and haunts her fantasies at night.

Inexplicably drawn to the woman who has stepped from his dreams and into his world, Flynn fights a stubborn battle against his increasing attraction for Keelin. Forces unknown have better plans for the two.

Only the secrets of the cove can show Keelin who she really is, the beauty of her mysterious power, and a love that will break the bounds of what she knows.

Excerpt:
"Have you heard of the famous pirate queen, Grace O'Malley?"

"Of course; she is legendary throughout Ireland. She was notorious for her fierceness in battle. I know she married twice and had several children.  She was famous for being ruthless, yet at the same time is credited with preserving much of Gaelic history."

"Absolutely, and she was a woman that knew her own mind. Did you know that Grainne is the Celtic name for Grace?" Margaret asked. Both Keelin and Margaret's middle name was Grainne.

"Almost all of the women of a particular bloodline in Grace's Cove carry that name. It isn't because of the town name. It is because our bloodline is that of Grace O'Malley."

"Shut up." Keelin was thrilled. She was related to a famous pirate queen? How cool was that?

"Yes, you are a descendant of Grace O'Malley, for whom Grace's Cove is named. Your grandmother has a direct connection and experiences the effects of it."

"Of what? I don't understand. Is ol' Grandma a pirate or something?" Keelin asked.

Margaret smiled. "No, not quite. Grace was rumored to have powers other than her formidable ones as a pirate queen. Some say magick. Others say a healer. Others point to almost a psychic ability to predict potential threats. It isn't really known what all surrounded Grace, yet almost all will agree she had a level of power."

Keelin began to nervously pick at her nails. She pulled at a loose hangnail and winced as blood came to the surface. Without thinking she covered it with her hand and the wound slowly faded.

"The cove itself is rumored to be enchanted. Almost no one will go there. Well, aside from your grandmother. And a few others. I've gone there. I never will again."

The book will be free during the tour: AMAZON, Barnes & Noble, iTunes, Kobo, Google 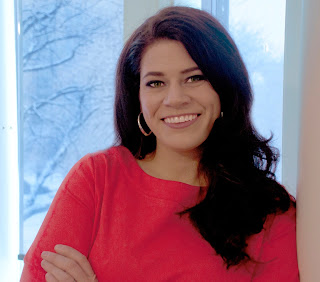 A New York Times Bestselling author, Tricia O'Malley lives in Milwaukee with her husband Josh, and their much doted-upon dogs, Briggs and Blue. On a typical day you will find her lost in the worlds of her making or working with up-and-coming authors. She loves the entrepreneurial life, is strongly resistant to the cubicle-world, and thrives on creating the life that she's always wanted to live.