Delphine will be awarding a digital copy of Ride 'Em to a randomly drawn winner via rafflecopter during the tour. 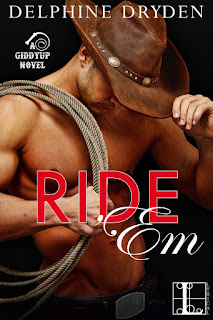 Mindy has come to Logan’s dude ranch to convince him to sign away his land’s mineral rights to her stepfather. She doesn’t want to beg, but she will if she has to, like she does Friday nights when she submits to her master’s desire . . .

Logan doesn’t like to be jerked around, in business or pleasure. And when he learns what Mindy is up to, he’s ready to teach her a lesson. In fact, he’d like to tie her up, strip her down, and give her a spanking she’ll never forget . . .

Excerpt:
As a kid, Logan had never appreciated how much work his grandparents put into running Hilltop Ranch as a vacation spot, or really understood why his father had decided to close down the guest cottages and all but abandon the place except for weekend hunting trips. Now Logan got it, but it was too late to reconsider his decision to reopen the ranch to visitors. He’d burned his bridges, leaving his job in Houston and selling his house there in order to help finance the buyout of the ranch from his parents. His brother and cousin had gone in with him, but both of them had kept their day jobs. Logan hadn’t wanted to leave himself a way to cop out. This commitment was for the long haul, but he was only beginning to realize the magnitude of what he was in for.

Running the guest ranch was like managing a hunting lodge, stable, bed-and-breakfast, and a sleepaway camp, all at the same time. He had Robert to cook and deal with the laundry, Diego to keep track of the game and help out with maintenance, and Lamar overseeing the stables, but Logan felt the pressure of entertaining the guests squarely on his own shoulders. As it should be—he had taken it on himself to be the man in charge, to finally own that role in every sense of the word instead of just in the bedroom or at the kink club. But this was an awful lot of hospitality. It wasn’t enough for the guests to enjoy the stay, either. They had to want to come back. They had to want to tell their friends. If he didn’t get some word of mouth going, he was screwed, because he was all out of financial padding. He’d been late on two note payments already, juggling funds and shifting other bills around to try to stretch his funds, and his loan officer was breathing down his neck. This week had to be a success. 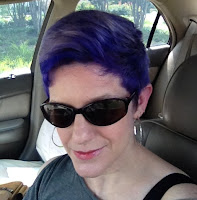