Samantha will be awarding an eCopy of Dating the Alphabet to 3 randomly drawn winners via rafflecopter during the tour. 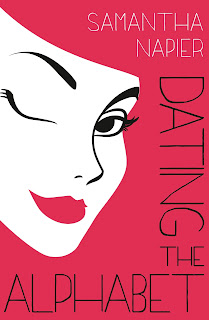 Ramona Rawlings is going to make dating fun again. Armed with an alphabet poster, post-it notes and her best friend Emma, Ramona is going to date the alphabet - from A to Z, Archie to Zolon and everything in between.


Throw in the chaos of managing a theatre restaurant with a roster full of strong personalities, unfulfilled dreams and lustful hook ups and Ramona's world is turned upside-down.


In between Evan the arrogant, Ivan the emotionally stunted and Glen the racist, Ramona discovers what she really wants: to be a good friend, to emotionally connect with a man and to replace her vodka-tonics with kale smoothies. But how many frogs will she have to kiss before she finds her fairytale?
Read an excerpt:


Mercifully the music was turned up again, and a lovely fresh face sat down opposite me. This new man, with a smattering of freckles and a receding hairline, seemed to be breathing heavily.


‘Yeah. I just got here, and the host told me to rush up and grab this spot. Have I missed anything?’ he asked.


‘Nope, nothing at all. My name’s Ramona,’ I said hopefully.


‘Hi, my name’s Adam,’ he said, putting out his hand. I was so excited about an A being right here in front of me that I didn’t notice what he’d done. I just sat there beaming. My excited grin couldn’t have been wider. I actually kept grinning until I realised he must have been thinking I might be slightly simple.


In our five minutes together I found out he was an engineer, still can’t remember which type he said he was, but it didn’t matter, because he was my A. The rest of the allocated five minutes flew by, and not really because it was scintillating conversation, but more because I was so excited that my plan was whirring into action. I went through the motions with the other guys, and curiously no other real ‘A’s came and sat at my table.


I nearly gave myself a neck injury trying to keep an eye on Adam as he went from table to table. I was pretty sure I’d laid enough groundwork, but as soon as the MC announced he end of the evening I made a beeline for him. Of course I made it seem as casual as possible, but honestly, if anyone had tried to get in my way it wouldn’t have been pretty!


‘Ramona, I’d like to see you again, so I indicated on the feedback form that you’re the only one I’d like the details of, and I look forward to getting that information.’


‘You know I could always just give you my details now and we could get this rolling.’ I winked and gave a little flirtatious smile.


‘I think we should stay with the procedure here tonight. It just seems like the right thing to do,’ Adam said solemnly.


‘Okay,’ I said, confused. I didn’t want to overthink it; I wouldn’t let those little ding-ding alarm bells going off in my head dull my enthusiasm.


We stood there awkwardly, waiting for the MC to bring us the information. To pass the time I took out my phone and saw my home screen filled with messages.


I had left the most competent person in charge at the restaurant, and it seemed they still needed to ring me constantly. I’d been so caught up with tracking Adam that I’d forgotten to follow up on the Tarzan crisis, but I knew it was too late to help now. I would deal with that disaster tomorrow.


I ignored all the work texts and missed calls and went straight to Emma’s number and texted: I found my A.
BUY LINK: Amazon 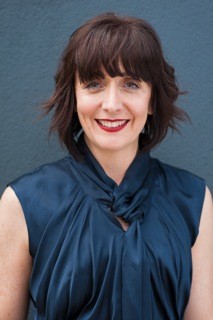 
Samantha started her career in entertainment dressed as Snow White in a theatre restaurant. There she met her husband, Gordon, also a writer and together they started their own production which resulted in three lovely, loud boys. She has had short plays produced and is looking forward to the debut of her full length play 'Signing Off' and comedy web series 'Kings of the Kitchen'.  Samantha and Gordon also hold their workshop 'Book, Screen or Stage' to help writers see the potential their project could have. Her time in the theatre restaurant and the stories her fellow flight attendants have shared with her have inspired DATING THE ALPHABET.

http://www.rafflecopter.com/rafl/display/28e4345f1325">Enter to win a copy of the book - a Rafflecopter giveaway