I set my short story Destiny in a Day from the Hot Stuff: Surfing Love anthology in Cornwall for many reasons, one of which is because I am totally in love with this county. I dreamed about travelling to Cornwall from Australia for many, many years and then when I was finally lucky enough to go and spend time there with my family in 2014, it lived up to all my expectations. Here is my list of the top five attractions for you should you be lucky enough to visit!

MY TOP FIVE LIST OF THINGS TO SEE IN CORNWALL:

Padstow harbour and main street – Padstow harbour with its electric blue water, colourful boats, big blue skies and people strolling the shopfronts eating Cornish ice-cream is the first thing that comes to mind for me when I picture Cornwall. Padstow is the heart of Cornwall, it’s alive and buzzing, the locals and tourists have smiles for everyone and the food is great. We ate cakes at Rick Stein’s patisserie, we had fish and chips al fresco one evening, we sampled Cornish ice-cream, Cornish fudge and the world famous Cornish pies, we had delicious homely dinners at a waterfront pubs, we bought teddy bears from the Teddy Bear Shop and loved window shopping at the boutiques. The harbour itself is beyond picture perfect. If I could move to Padstow tomorrow, I would!

Trevone Bay – this sleepy little hollow is only a stone’s throw from Padstow with none of the hype. Trevone has the stunning green cliffs, sandy beach, rock pools and surf that people have come to expect from Cornwall but if you manage to get to Trevone out of peak season, unlike much of Cornwall’s beaches which are busy all year round, you might have the whole beach to yourself! We stayed in a gorgeous cottage by the bay in Trevone and it’s where I drew inspiration from to write Destiny in a Day so I set it there!

Tintagel Castle – Cornish legend is steeped in the beautiful castle ruins that are perched at the top of a very steep cliff. Getting to Tintagel castle is half the adventure climbing all those stairs but once you reach the top, wow! The view of the ocean and surrounding cliffs is simply breathtaking and you can’t help but get caught up in the legend of King Arthur as you explore the ruins. Don’t miss the magical Merlin’s Cave there either!

The Lost Gardens of Heligan – This beautiful garden estate, in existence since four hundred years ago, is a sight to behold but the story behind it is pure magic. It was actually forgotten about and overgrown for decades when the estate was abandoned in World War One. It wasn’t until a hurricane swept through in 1990 that the garden was rediscovered and an enormous restoration took place over the last three decades. The garden is now back to its old glory with a whole day’s worth of discovering to do for tourists there. Don’t miss the amazing grass sculptures of the Sleeping Lady and the Giant’s Head, they’ll blow your mind.

Cardinham Woods – this gorgeous woodland not only has a beautiful lake, lots of enchanting walks through the forest trails and a delicious tea house, it also happens to be the home of the Gruffalo. Good luck spotting him though, this wondrous creature hid well from us, and no matter how much my children searched for him behind trees they couldn’t spot him! 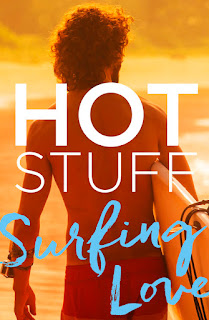 Hot sun, warm bodies, tight skin, electricity on the air ... four top romance authors give you their take on summer.

From Carla Caruso - A chance meeting with a pro-surfer on an island getaway ...

From Maria Lewis - The world of women's surfing throws two recent bedmates together ...

From Alli Sinclair - A world-famous performer finds her heart and a way to fight her demons in Rio de Janeiro ...

Destiny in a Day - Tess Woods

The lifesaver stood and watched them for a while, and then walked back towards the small set-up he had, consisting of a white plastic chair sunk low in the sand, a canary-yellow rescue board, a large esky, and an A-frame blackboard sign on which he had written high and low tide times and wind and surf conditions in white block letters.

Gemma followed his long strides with her eyes. She’d been sneaking glances at him since she’d got here. She’d first noticed him on Monday, the day she arrived. He’d been here every day since, already set up by the time she wandered down mid-morning. She’d surprised herself the day before by wondering whether he would be there as she’d walked along the narrow roads that led from the cottage to Trevone Bay, enjoying the feel of the warm sunshine on her bare arms.

Well, there you go, she’d thought as her shoes crunched the gravel under them, I am still capable of lusty thoughts. That’s nice to know!

Yesterday the lifesaver had rescued an elderly man who’d been dragged out into the rough surf, desperately flailing his arms in the air as his head bobbed in and out of the white water. Gemma, the only other person at the beach, had watched the rescue with fascination and a tight chest. Once the swimmer was safely brought into shore on the front of the lifesaver’s board and was resting on the sand, she’d relaxed and then discreetly watched with even greater fascination as the lifesaver had peeled off the top half of his wetsuit, letting it drop around his waist as he shook the sand out of his mop of wavy dusty-blond hair. He stood there puffing from the effort of paddling, hands on hips, staring out to sea. Gemma found herself peering over the top of her sunglasses at his ripped back and shoulders and his big toned arms, and at the way that his taut six-pack of abdominal muscles sucked in and out with each huge breath.

And now today here she was again, making out as if she was looking at the lush cliffs, but really just having another good long look at him.

Thank you, Lord, for providing a hot lifesaver for me to gawk at five days in a row. Please bring him back every day for my viewing pleasure.

Gemma smiled to herself and checked her watch. Twelve-thirty. Had she already been here for three hours? Time completely escaped her here. As she sat on the wide, flat rocks that were surprisingly comfortable, day-dreaming with her feet dangling in the water, the hours flew by. She pushed both fists into the small of her back and arched backwards. Sitting here for this long made her stiff, and her knees creaked as she stood up. Scooping up her stripy towel, thin pink cardigan, white canvas sandshoes and the writing journal that had remained empty, Gemma jumped the short distance off the rocks and onto the cool, wet sand. A seagull that had been resting nearby startled and flew away.

‘Sorry, little guy,’ she laughed as the bird flew high into the cloudless sky.

His seagull mates who’d been hanging around with him followed him up and away, thus clearing the beach of any sand-dwellers apart from the lifesaver. She stole one last glimpse of him now as he sat on the chair with his legs sprawled out, hands behind his head, looking out to sea, and then she stepped over the bunches of gathered driftwood where the sand met shrub and walked up the wooden steps that led to the road. Goodbye, sexy lifesaver.

When she reached the top of the beach path, Gemma turned to take in the view and sighed — Trevone hadn’t let her down. The cliffs surrounding the bay were illuminated by the noon sun to a bright emerald and, with the tide out, the scattered shells glistened along the shoreline. The deep blue water crashed into foam on the rocky break as the waves rolled in rhythmically. It was breathtaking.

Gemma hummed to herself as she walked the short distance home, turning into the narrow Cleeve Lane with its row of twelve almost-identical white-stone houses, all with overcrowded colourful cottage gardens. Even the weather was perfect here, with its mild temperatures, soft breezes and none of the humidity of home in Brisbane which caused her hair to frizz like one of The Supremes whenever she stepped outside.

Finding and then escaping to this quiet slice of heaven only a few miles from the bustle of Padstow was the best decision Gemma had made in months, perhaps years. She hoped this would be the start of better decision-making to come, in contrast to the steady stream of hopeless choices she’d made so far, marrying Ross being number one.

When she reached Sunny Cleeve cottage, Gemma gently lifted the rusty latch and with a creak pushed open the green picket gate. She walked along the cobbled path that weaved its way through lavender and rose bushes to the stained-glass front door.
~~~~~~~~~~~~~

Carla Caruso is a freelance journalist and former gossip columnist. Her books include the Astonvale rom-com mystery series, STARCROSSED, and UNLUCKY FOR SOME

Maria Lewis is a Sydney-based author, journalist and pop culture commentator. Her novel WHO'S AFRAID will be released in 2016.

The authors will be awarding an eCopy of Hot Stuff: Surfing Love to 3 randomly drawn winners via rafflecopter during the tour.